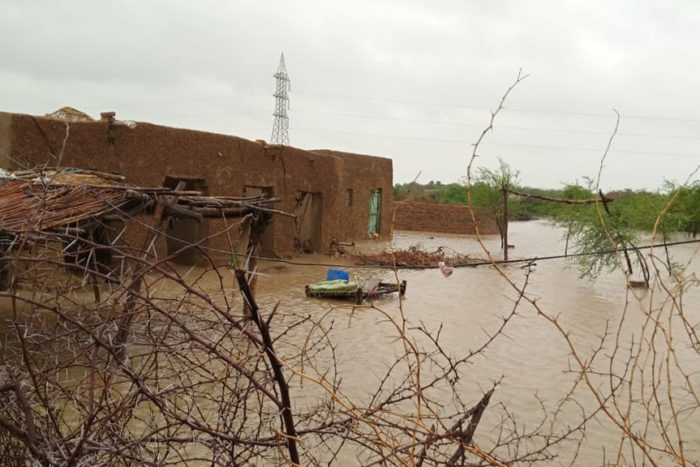 Prepared by the Communications Office

Pakistan’s National Disaster Management Authority (NDMA) has confirmed 31 deaths in Sindh, 23 in Khyber Pakhtunkhwa, 15 in Baluchistan, 10 in Gilgit Baltistan, 8 in Punjab and 3 in Pakistan Administered Kashmir during this monsoon season in Pakistan.

Many houses and public buildings, such as public hospitals, offices and schools, in rain-hit districts are flooded with rainwater and are currently inaccessible. The agrarian community has suffered even more massive damages to their land and harvests. Huge amounts of livestock in rural regions have also perished with the flash floods. Moreover, many rural communities in Badin and Tharparkar districts of Sindh have been displaced and have personally relocated to safer and more low-risk areas.

According to Pakistan Metrological Department, continued heavy rains and thunderstorms in lower Sindh are expected the week ahead which may further aggravate the situation. The Government of Sindh has therefore declared Emergency throughout the Sindh province.

CWSA’s Emergency response team is currently providing emergency cash assistance to flood affected families in district Dadu and are engaged in relief operations responding to the needs of COVID-19 affected communities in district Umerkot and Karachi city of Sindh. The team is also regularly monitoring the rain and floods situation and plans to extend their humanitarian response to provide support to flood-affected communities in other areas when required.