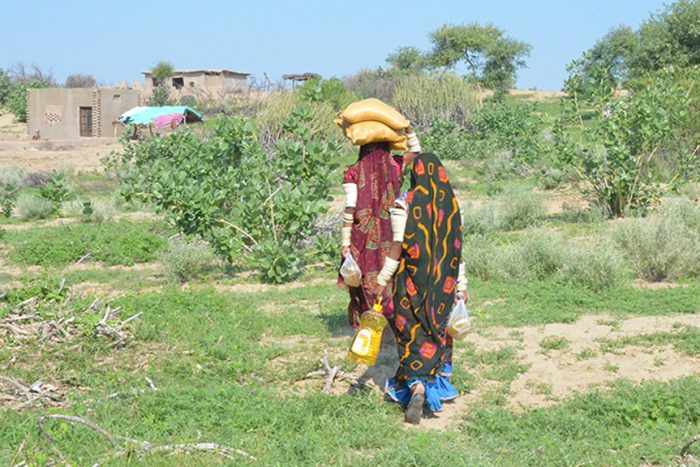 “This humanitarian assistance will enable me to meet my family’s food needs for more than a month. The millet seeds will assist me in reviving my agricultural livelihood, which I want to pursue with the help of my nephew and son-in-law in make a better living. This will enable me to send my girls to school so that they may receive an education and have a brighter future. This help came at the perfect time, just when we were struggling to afford a single meal a day even,” Seeta explained.

The Village Management Committeeⁱ of Sheedi Jo Tarr village identified Seeta as a project participant under Community World Service Asia and UMCOR’s relief projectⁱⁱ. The project is supporting climate induced disaster affected families with the provision of food packages and seasonal seeds for harvesting in the upcoming farming season.

Seeta, a widow belonging to and living in Sheedi Jo Tarr village of Umerkot district, does not have any children of her own but has in fact adopted four daughters of her nephew and has raised them as her own. “I got married at a very young age. I was only 16 years old. While my husband was alive, we decided to adopt two of my nephew’s daughters. We have nurtured them as our own, and we adore them. We married our eldest daughter off at the age of 20 in 2009. It was a very joyous moment for us,” shared Seeta.

Seeta’s husband, Geneso, died of a heart attack in 2010. Following Geneso’s death, Seeta’s nephew’s other two daughters became close to her, as her nephew left them with her when he and his wife went to work in the fields. Seeta would care for the three children by herself all day, and the two younger daughters grew to love her and refused to live with their parents. As a result, Seeta has been caring for the three children on her own since then. Her nephew had a meagre income and would give Seeta a portion of it to help her care for his children. However, this was insufficient to meet all of the children’s necessities. “My husband worked in the farming industry. He had rented acreage and cultivated a variety of crops on it. I occasionally assisted him in his agricultural endeavours. However, after he passed away, it became impossible to make a decent living, as I was caring for my three girls alone. The money did not come in as frequently as it used to. I could not work in the fields on a regular basis because I had to care for my house and girls. However, I used to be able to pick cotton and chilli occasionally to earn a little money.

Our neighbours and relatives sometimes offered cash assistance, but it was insufficient to meet our family’s basic needs. At 69 years now, working to earn a living for my family has become too exhausting for me. My daughters help me at home, but I want them to go to school so they may have a better future. My ten-year-old daughter has completed her basic schooling. The two younger ones, who are five and three years old, on the other hand, have not been enrolled in school yet. Unfortunately, I am unable to cover the costs of their schooling,” Seeta explains.

Seeta received the food package on October 8th, along with 516 other families at a distribution activity held in her village. The food package consisted of wheat flour, rice, cooking oil, pulse, sugar, tealeaves, iodized salt, matchbox and millet. “Since receiving the food package, we have been eating wholesome meals on a daily basis. My nephew and son-in-law have offered their assistance in preparing the field for millet seed sowing. We now have hope of making money from our agricultural efforts, and I intend to enrol my girls in school,” Seeta concluded.

ⁱ A community-based structure consisting of key community members, both men and women, who coordinate with and support the project team during project interventions. 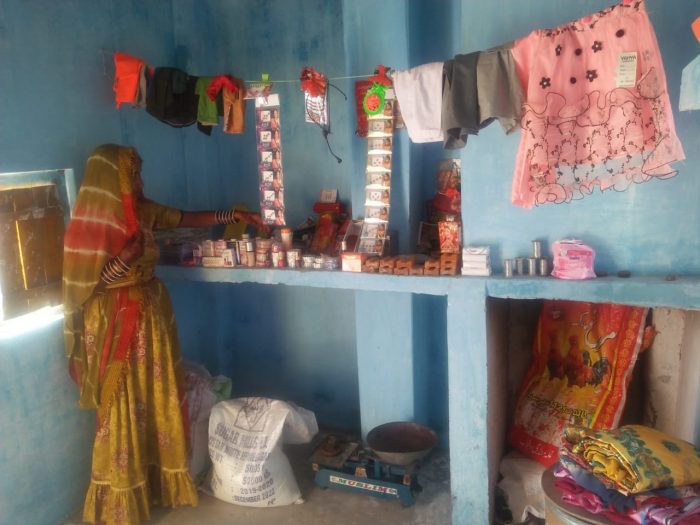 Mohan Maghwar, 35, lives with his wife and three children of seven & five years while little one is of three months old, in the remote village of Rantnor, located in the Thar Desertⁱ in the south of Pakistan. All kinds of natural life here is dependent on the annual rainwater. Rantnor is deprived of most basic survival facilities including healthcare, electricity, clean drinking water or sufficient livelihood sources.

Earning an income through traditional Sindhi cap weaving and manufacturing, Mohan was the sole breadwinner for his growing family. His wife would also help him with the weaving. He would receive many orders from the local markets and neighbouring buyers for which Mohan would buy raw materials and work on a fortnightly basis and then sell the finished product providing him a comfortable means to sustain his family. However, as COVID-19 struck the country, he soon lost his only source of livelihood.

“Our lives were going fine before the coronavirus came in the country and the national lockdown was imposed. Before the pandemic, I was earning up to PKR 600 (approx. USD 4) on every cap my wife and I produced. Sadly, our work was suspended because of closure of markets and restrictions on gatherings. There were no orders to work on and no money to earn due to limited or no work opportunities. I was worried about making ends meet without any source of income.”

As a humanitarian response to the COVID-19 crisis, Community World Service Asia (CWSA), with support of United Methodist Committee on Relief (UMCOR), is implementing a project addressing the immediate needs of drought affected communities in Umerkot. Through the project, 1,206 families will be provided with two cash grants, each of PKR 12,000 (approx. USD $ 75/-) in September through mobile cash transfer services. This cash assistance is aimed at addressing the food insecurity caused by drought, repeated locust-attacks and the economic implications of COVID-19 on the most vulnerable communities in remote areas of Sindh.

Rantnor was among the project’s target villages due as the family’s livelihoods was severely affected by the lockdown amid COVID-19 and drought. CWSA’s team identified Mohan and his family as project pariticpant of this humanitarian response as they were most affected by not only COVID-19 but other natural and climate induced crises as well.  Mohan received two rounds of cash assistances of PKR 12000 each (Approx. USD 75) in August and October 2020.

“With the money received, I purchased groceries and invested some money in a business and established a small enterprise shop at home, as I have marketing experience and utilized the cash assistance in creating a livelihood opportunity.” 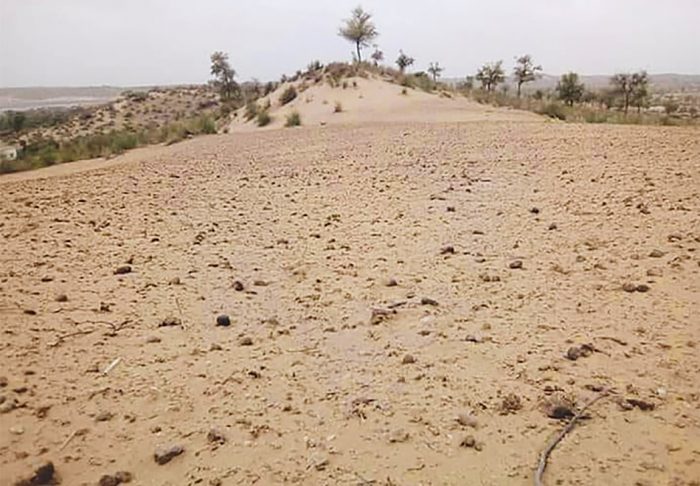 District Tharparkar is currently faced with a drought like situation due to minimal rains in the region. This is leading to adverse effects on agricultural and domestic needs of the local communities in the area, leaving many children malnourished and severely ill. Nine infants have been reported dead this month, while a total of 375 children have died due to malnutrition in 2018.

Years of below-average crop production and losses of cattle has worsened the already-dire food insecurity and malnutrition situation in the Tharparkar district. Limited access to clean water and proper sanitation has deeply compromised health conditions of the resident communities.

With no further expectation of adequate rainfall, the situation seems to worsen in the near future. The sufferings of affected communities are only expected to increase as they have very limited crop production and their own health, as well as that of their livestock, is only further deteriorating due to a lack of water and food supply. Analyzing the current situation, the district administration has appealed to international aid organizations to send their teams support the government in its efforts to provide relief to the people of Thar. The affected communities require immediate emergency relief in terms of nutritional, WASH and health support.

Drought-stricken families from several areas have started migrating along with their livestock to the barrage areas of Badin, Mirpurkhas, Umerkot and other districts.

Community World Service Asia (CWSA) has worked towards providing relief and rehabilitation to drought affected communities in the same area before and is currently monitoring the situation. CWSA’s emergency response team is on standby and shall start response activities in case of need.