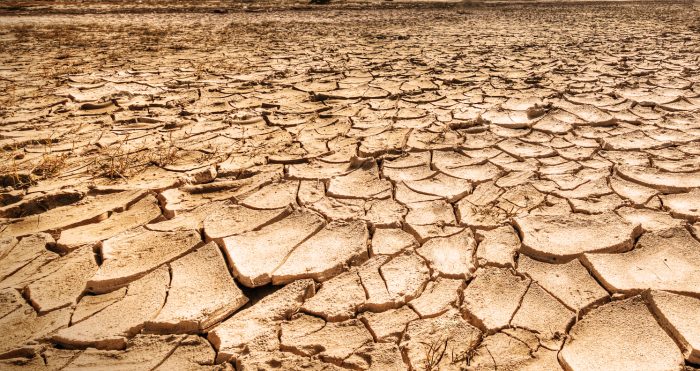 The low rainfall trend in the last five years  in Pakistan has resulted in drought conditions in most of southern Pakistan, where the Pakistan Metrological Department expects a further escalation of the drought condition in the following four years. The low or no rainfall has resulted in acute shortages of water, food and livestock fodder which has further damaged the food security, nutrition, livelihoods and health conditions of the local communities of the affected areas. The Government of Pakistan estimates an approximate of five million people (three million in Sindh and two million in Baluchistan) being affected by the drought in twenty-six districts of its Sindh and Baluchistan provinces.

Most rural population of Sindh and Baluchistan live in poor socioeconomic conditions . Their sole source of income in most cases is agriculture. Therefore, the shortage of water and scarce rainfull leaves these communities in further depreviation; with no livelihood and dying livestock. To meet their most basic household and survival expenses, seventy-three percent of these drought affected communities have taken loans from relatives, shopkeepers and landlords in the last six months and  are living in debt.

The National Disaster Management Agency (NDMA) and the Provincial Disaster Management Agency (PDMA) have been appointed with coordinating response efforts to support the drought affected communities at the national level and provincial level. While the UNOCHA is supporting these government bodies with its coordination mechanisms. Other UN agencies, international and national NGOs who plan to provide assistance to the drought affected communities have been asked to coordinate with NDMA and PDMA for response plans.

The Provincial Disaster Management Authority (PDMA) of Sindh has distributed 50kgs (a two time distribution for two months) of wheat to drought affected families in the province. Additionally, three rounds of monthly distribution of ration bags  to pregnant and lactating women in districts Umerkot and Tharparkar was completed on March 10th [1].According to UNOCHA, around twenty-six national and international organisations are currently working in Sindh province, while twenty organisations are working in Baluchistan province. Some of these organizations are working on  drought response while the rest engaged in regular development interventions.

According to the latest reports by the metrological department, the current rainfall rate has given some relief to the drought situation in some previously affected districts of Baluchistan and Sindh provinces. However, other districts, namely  Awaran, Chaghi, Kharan, Noshki and Gawadar in Baluchistan, while Dadu, Khairpur, Mitiari, Qambar Shahdadkot, Sajawal, Sanghar, Thatta, Tharparkar and Umerkot districts in Sindh province are likely to remain under moderate drought conditions.

Community World Service Asia is currently responding to the food security and health  needs of the drought affected communities in district Umerkot of Sindh. Under the food security component of our emergency response, we have completed distribution of food packages  to two-hundred and eighty drought affected families through a voucher scheme. In addition, a response project supporting five-hundred and fifty-five  pregnant and lactating women and  providing food vouchers to sixteen-hundred families is underway and expected to be completed in the following six months. Under the health component of our emergency response, we are providing emergency health services to 15,600 drought affected people through two mobile health units as well  distributing baby kits and T-shirts for children.

Nonetheless, there is still a massive gap between the actual needs of the drought-affected communtiies and the assistance provided to them so far. Many affected communities have still remained unattended due to limited funding and resources. More funding is needed to provide basic assistance to the communities that remain unsupported.

Since droughts are slow, onset disasters, its response requires more planning and resource mobilization. There is therefore a dire need to organize resources for long term interventions to address drought mitigation and resilience building of affected communities.

[1] The first round of this distribution started in December 2018.