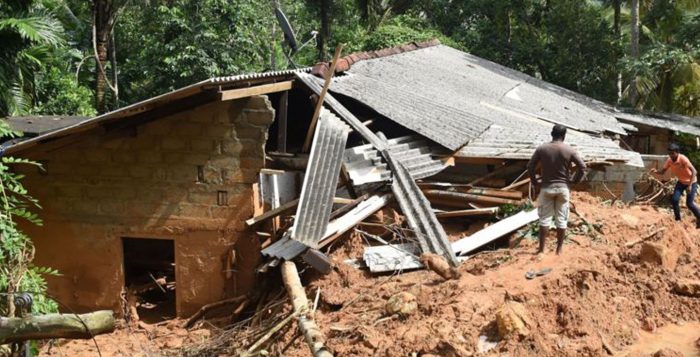 Widespread flooding and devastating mudslides brought on by Cyclone Mora and monsoon rains across southwestern portion of Sri Lanka have affected 15 districts, killed at least 203 people and left more than 600,000 people temporarily homeless.

The death toll is expected to rise as authorities’ battle to rescue those still stranded and warn of the possibility of crocodile attacks. The UN warned that with an increasing number of displaced people and a lack of space in temporary shelters, many people were at risk of disease.

Sri Lanka has seen a significant increase in mosquito-borne dengue fever this year, with more than 125 deaths.

The UN, India, Australia, Japan and Pakistan are among those that have donated supplies, including water purification tablets and tents. The United States and China also pledged relief. “In the capital, shops and supermarkets are running out of supplies as people are coming in and hoovering up items,” he said.

“While waters are receding in some areas, there are still some parts that are 10 to 12 feet under water.”

Foreign Minister Ravi Karunanayake said 16 countries had sent medicines and relief supplies to assist those driven from their homes.The Sri Lankan military is also doing all it can. Search-and-rescue operations are still ongoing. But residents are saying if it wasn’t for private organizations and people coming forward, the government and military would be finding it even harder to deal with this crisis

Mudslides have become common during Sri Lanka’s summer monsoon season as forests across the tropical nation have been cleared for export crops such as tea and rubber.