Home Featured Newsroom Paving a path to a gender just society through advocacy, engagement and... 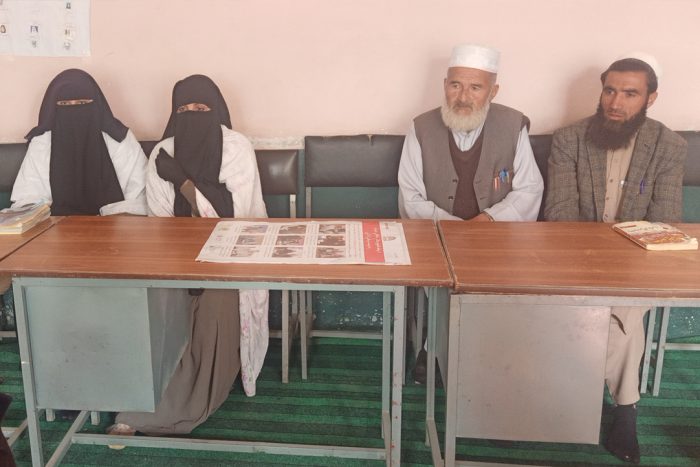 Close friends, Lela and Noria, became the first women members of the Community Development Committee (CDC) that became operational in Nangarhar province of Afghanistan in December 2020. Noria is a 33-year-old teacher at a public primary school supported under the Girls Education Projectⁱ, while Lela is a Grade 12 student of the same school supported under the Girls Education project.

“This membership was made possible after continuous advocacy and awareness activities with relevant stakeholders that took place under the project. The men in the committee recognised the exceptional role women can play in the committee and be a voice for the many women who remain under-represented and unheard at community level,” said Noria. “Initially, my family was also concerned and did not agree for me to join the committee. Nonetheless, after many consultations with the School Management and the CWSA team, my family was convinced and allowed me to join the Committee in Nangarhar.”

Lela and Noria have been able to directly communicate and regularly engage with the women in the local communities. Noria mentioned that most of the time the fathers, and sometimes even the mothers, would not allow their daughters to attend school and gain education due to the many common misconceptions around the adverse impact of education on girls, such as extreme independency, boldness and over-confidence.

“Many of the parents here have conventional mindsets that believe that a women and girl’s prime role is the care-taking duty of their home and family and there cannot be anything beyond that. It is however, our goal now to identify these parents, talk to them, clear out their misconceptions and try to change their rigid beliefs. We want to create a culture where every girl can go to school and learn without any difficulty,” added Noria positively.

With the support of other CDC members, Lela and Noria, have been able to convince parents of 55 dropped out students in villages around the school to re-enroll their children back in school.  Lela and Noria are committed to work for girls’ education and empowerment and address issues that restrict the growth and development of young girls and women. They are also working proactively on raising awareness on the negative impacts of early child marriages and child labour among the families they are meeting and engaging with.