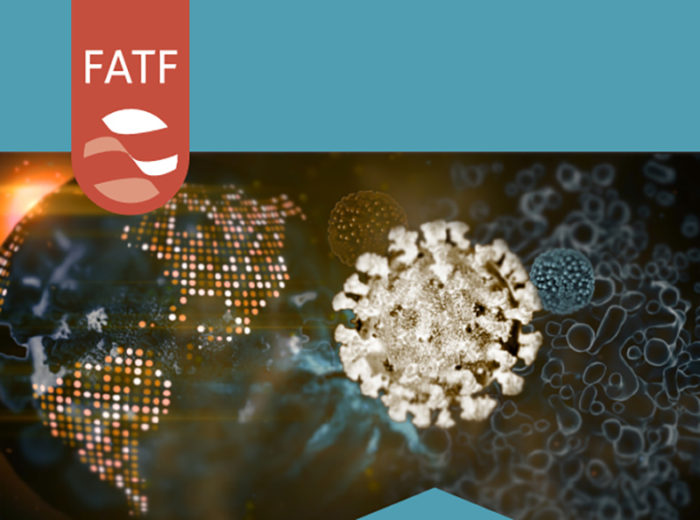 These questions were raised to an expert panel at Community World Service Asia’s (CWSA) and Human Security Collective’s (HSC) a webinar on June 25th that focused on highlighting the challenges, good practices and policy response to new money laundering and terrorist financing threats and vulnerabilities arising from the COVID-19 crisis.

The Financial Action Task Force (FATF) was originally setup to tackle financial crime, especially money laundering in the late 80s. However, after the tragic event of 9/11, it took on the anti-terror financing role and took it on in a big way. The connections between the criminality on a broader scale and terrorism came much more to the forefront and started being highlighted by both law enforcement and financial institutions.

FATF sets the international standards in preventing, eliminating and responding to money laundering and terror finance, both within countries and across borders. It has created 40 technical and 11 effectiveness standards that countries are expected to adhere to. While these global standards or recommendations are meant to both thwart and discourage criminals and terrorists, the intergovernmental FATF body also holds countries accountable for ensuring that they are implemented.

“When a country is assessed and it is not meeting all the standards, many consider the government as not a reliable member of the international community. Consequently, the FATF urges the country to work on improving itself and complying with the standards accordingly,” Karen informed participants.

FATF & NGOs – In what ways can NGOs be abused?

“A terrorist organisation can impersonate a good Non-Government Organisation (NGO) and act as legitimate entities. Moreover, they could also infiltrate a reputable NGO and exploit their financial systems. The funds can be hidden to utilize them later as parking lots,” expressed Karen,

“If you are adopting best practices in your accounting, finances and procurement tasks, you are less likely to face any criminal activity, whether it be embezzlement or terror finance.”

Although many countries have pursued initiatives to counter terrorism funding by multilateral legislative structures such as the FATF, steps such as the Recommendation 8 have had unexpected implications for non-profit organisations (NPOs). The strong requirement to control the sector as a whole for greater efficiency and accountability has contributed to the following:

Pakistan Outreach by NPOs to government – the Role of CWSA

As a nationally registered NGO, with over 50 years of experience and presence in the region, CWSA felt the need to do something to respond to these issues. An approach that included adoption of various advocacy activities, conducting awareness and participatory training sessions was developed and implemented by CWSA. In addition, as an organisation they garnered support from international stakeholders and partners to learn from best experiences.

CWSA advocated with government officials, parliamentarians and the diplomatic community. Lobbying activities were organised with the European Union and detailed lobby meeting were held with British Parliament, the Ministry of Foreign Affairs and UK’s Department for International Development (DFID), to advocate for technical assistance for Pakistan to better deal with the issues of terror financing and money laundering.

The trainings have helped national bureaucrats, particularly from the provincial Social Welfare Department and Counter Terrorism Department, responsible for implementing new regulations in provinces, to better manage the NGOs for which they are responsible.

“We also participated in international events and subsequently got involved in collective action in conducting awareness sessions among NGOs throughout 2018 and 2019,” narrated Karen.

The global pandemic, along with all its other adverse implications on human life,  has also led to an increase in crimes, including fraud, cybercrime, misdirection or exploitation of government funds or international financial assistance, which is creating new sources of proceeds for illicit actors.

The Financial Action Task Force (FATF) on June 22nd outlined concerns and challenges linked to the pandemic’s effect on financial crime in a guidance paper summarising recommendations and other input from member-states and law enforcement agencies all over the world. COVID-19, they said, has created new sources of income for illicit actors, including the misappropriation of funds intended for pandemic-related financial assistance.

Lia van Broekhoven shared a statement released by the FATF at the start of the pandemic, which says: This global public health emergency has highlighted the vital work of charities and non-profit organizations (NPOs) to combat COVID-19 and its effects. The FATF has long recognized the vital importance of NPOs in providing crucial charitable services around the world, as well as the difficulties in providing that assistance to those in need. The FATF has worked closely with NPOs over the years to refine the FATF Standards to provide flexibility to ensure that charitable donations and activity can proceed expeditiously through legitimate and transparent channels and without disruption.

It is important to recognize that FATF Standards do not require that all NPOs be considered high-risk and that most NPOs carry little or no TF risk. The aim of the FATF Standards is not to prevent all financial transactions with jurisdictions where there may be high ML/TF risks, but rather to ensure these are done through legitimate and transparent channels and money reaches its legitimate intended recipient. National authorities and financial institutions should apply a risk-based approach to ensure that legitimate NPO activity is not unnecessarily delayed, disrupted or discouraged. FATF encourages countries to work with relevant NPOs to ensure that much needed aid is getting to its intended recipients in a transparent manner.

However, what do we see happening in reality?

COVID 19 exacerbates already existing challenges stemming from the interpretation by governments and banks of the FATF standards.

“We have been discussing various instances that have occurred since the offset of the COVID pandemic. In one case, 90% of the bank transfers especially to Syria of an international humanitarian organization were blocked by banks. The banks mentioned that the FATF standards and US and UN sanctions were the reason they were the victims of risk aversion to transferring money to countries like Syria and others that the bank considered to be high risk. We also see that donors want NPOs to vet against Counter terrorist lists and perform “Know Your Client” due diligence (KYC) on beneficiaries which would be in total contravention of humanitarian principles of independence, neutrality, partiality and humanity,” narrated Lia.

How can we as humanitarian practitioners, work together, to make good use of the FATF statement?

[1] Anti-Money Laundering and Combating the Financing of Terrorism