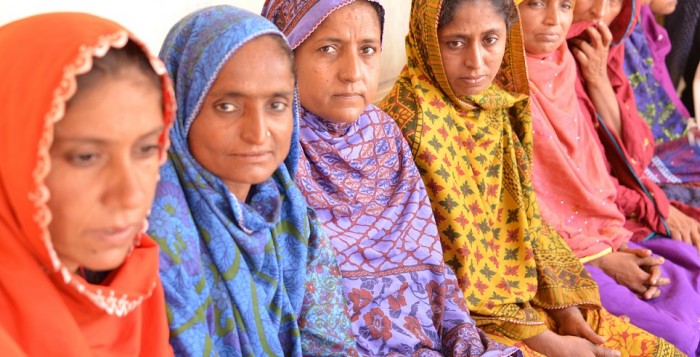 Community World Service Asia’s Maternal, Neonatal and Child Health (MNCH) center, funded by Church World Service Global and the Church of Scotland, serves a local population of approximately 20,500 in Union Council Bijora, Thatta, in the Sindh province. The remote, rural area is affected by a lack of health infrastructure and services. A lack of female doctors and health practitioners, as well as cultural norms which pose barriers to women travelling, mean that women are particularly under-served and that their health issues remain a serious problem.

The MNCH center provides easily accessible and affordable health care to the local community, which not only enables women to avail vital services, but alleviates the financial burden of expensive travel to the nearest hospital, which can cost families around Rs. 1,000 (USD 10). A key component of the project is community mobilization, which promotes the engagement and ownership of community members. Through the formation of male and female Health Management Committees (HMCs), we are able to build trusting relationships with communities, which are essential to effectively address key health issues. The HMC members conduct basic level awareness raising sessions on hygiene practices, common and seasonal diseases such as malaria, and family planning.

The HMCs also play a vital role in sharing information among men and women in the community regarding the health services available at the MNCH, including more in-depth awareness-raising sessions. In addition, HMCs provide transport to patients in emergency situations, identify current health issues and report them to the project team, as well as supporting the team with the management of medicine stocks. This participation is essential to Community World Service Asia’s vision of empowered communities. HMC members demonstrated their strong sense of local ownership by sharing their hopes for the MNCH center in ten years’ time: a “first class” facility for the community.