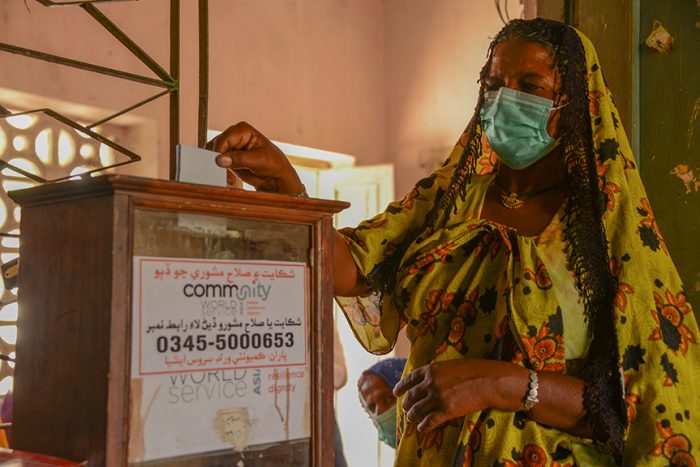 “How do we handle complaints? What are the processes involved during the investigation? Today, we will understand key principles of an investigation and have clarity on the investigative processes from the angle of the organisation, independent investigator and the complainant / survivor,” said Ester Dross, lead facilitator of the webinar titled, ‘Handling Complaints, Managing Investigations’, conducted on February 2, 2022.

Ester Dross was joined by panelist Susan Grant, InternationalSafeguarding Director from Save the Children International and Nabila Myers, Complainant. More than 60 humanitarian and development practitioners, from Asia and Europe, participated in this 90-minute webinar that discussed a wide array of diverse expertise and knowledge on safeguarding from all over the region.

44% of the participants have been investigating complaints, while 37% are managers of the Complaint Response Mechanism at their respective organisations. The remaining 19% have been indirect and direct witnesses, experts or whistleblowers.

Complaints are an important way for the management of an organisation to be accountable to the public, as well as providing valuable prompts to review organisational performance and the conduct of people that work within and for it.

Why are we investigating or addressing these allegations?

In response to this question, Susan said, “Since 2017, there has been increasing scrutiny with regards to international organisations on sexual exploitation, abuse, and harassment committed by working staff. The Charity Commission of the United Kingdom, donors, media, and the general public all contributed to this scrutiny. As a result, there was a lot of pressure on organisations to put emphasis on safeguarding and take a more compliance-oriented approach. We must strike that balance and ensure that the investigations are carried out because we want truth, justice, and fairness.”

“At Save the Children, our goals for 2022 are to increase the quality of our investigations and strive towards more consistency of that quality throughout the regions and countries we operate in. We are seeing this as a chance to reinforce and communicate periodically, to the senior management and throughout the organisation, the importance of supporting any investigations into violations, sexual exploitation, and abuse against children and adults,” Susan added.

Speaking out as a complainant in the investigation process

Nabila moved from Kuala Lumpur to Nairobi for a six-month role at an international organisation as head of partnerships, where she believed she could show her leadership potential. Instead, she became a survivor of sexual harassment. “I reported the case after two weeks of being sexually harassed by a colleague. In late November 2019, I was contacted by an investigator in relation to my complaint — three months after it was initially lodged. In that period of three months, I was subjected to retaliation and rumouring at a level I did not expect. I had peers and colleagues from other agencies contacting me with their version of the story. Moreover, my personal life and relationships outside and within the organisation were questioned and scrutinised.”

After being questioned repeatedly at professional and personal, Nabila became a different person. “I was not as friendly, smiley or open as I used to be. My perpetrator was not put on immediate leave, instead I was continuously exposed to him. Only after approaching a specific person at leadership level for answers did I receive a response from the HR department.”

Nabila is now devoting her time to communicating to other survivors. “This is not just one woman’s narrative. This is the story of many women. It is also crucial to note that many women are not as confident or assertive as men are when it comes to confronting such occurrences. Going through the investigation process as a complainant was the loneliest experience I have ever had. I am one of the few people that is publicly speaking up. To empower more women to share their stories or fight against SEAH, a network has been developed to unite survivors, called Nanshe. More platforms like this are needed to raise awareness on violations, discrimination, and harassment within and outside of organisations.”

“This is not about any single individual. This is about the system and changing it to address the concerns and challenges and protecting individuals at risk,” said Ester as a conclusion to the exchanges made during this webinar.